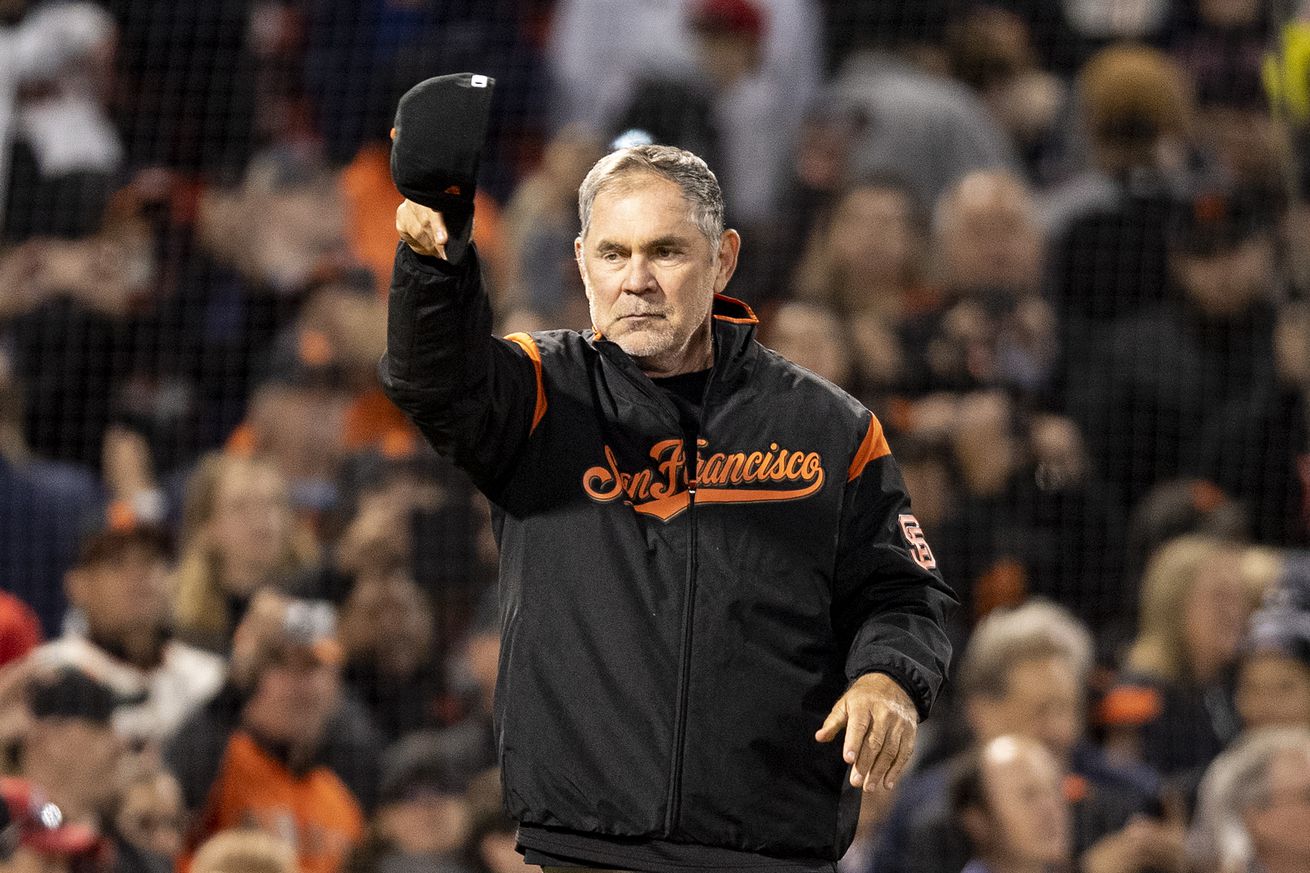 It’s hard to stick around for as long as Bochy has especially when the league is devaluing experience.

Last week, Bruce Bochy became just the 11th manager to reach the 2,000-win milestone. It’s an incredible accomplishment. Don’t let anyone tell you his winning percentage falling beneath .500 invalidates it. Remember that Connie Mack, who leads all MLB managers by nearly 1,000 wins had a career winning percentage of .486.

Managerial win-loss record is one of the rare stats where the counting stats tell you more than the rate stats. For one, the manager doesn’t control the quality of his players. A terrible manager could have a winning record. No one was sad to see Mike Matheny go from St. Louis and he had a .555 winning percentage. Unless Matheny leads the Royals to a dynasty the likes of which baseball has never seen, he won’t get close to 2,000 wins because Matheny didn’t inspire the trust needed to get through the 2018 season let alone for the ~25 years it takes.

Manager has always been a hard job to keep. The manager might not have much control over the team’s quality, but they’re the first ones to be scapegoated if the team underperforms. In the current landscape, we’re seeing more turnover to a new type of manager. Teams are showing preference to younger people who may not have much experience but are amenable to analytically driven strategies and can more easily connect with the players. “Old school” managers are becoming obsolete now that in-game decisions are coming down from the front office.

Terry Francona is the closest active manager to 2,000, and he was extended through 2022 back at the beginning of the season. At 60 years old, he’ll be a year younger than Bochy is now when his contract expires. If he retires then (or can’t find a job because all the managerial positions are taken up by David Rosses and Stephen Vogts), then he would need to average 111 wins over the next three seasons to get to 2,000. I like to believe that Francona can stick around for a few more years after that, but it’s impossible to know what the job market for managers is going to be in three years.

At 1,863 wins, Dusty Baker would need two more seasons with a not terrible team to make it, but he hasn’t gotten a job in the last two seasons. With hiring tendencies what they are, it’s hard to see Baker getting a job over someone younger.

Aside from Francona, Joe Maddon, Bob Melvin, Ned Yost, and Clint Hurdle are the next closest, but they’re all at least 700 wins away. Ned Yost is retiring, and I can’t imagine Hurdle sticks around long enough to make it. Maddon and Melvin I think are both well-regarded enough, but Maddon is older than Bochy. Will he stick around for another eight or nine years? Melvin may run into the same issues as Francona. He may get passed up for someone with more in common with the players he manages.

But even for the new brand of managers, it’s hard to predict how much staying power they’ll have. The young, clubhouse guy might not the same connection with his players in 10 years. Will managers like Dave Roberts and Aaron Boone have careers long enough to make it to 2,000? Or will they move into the front office or get pushed out when the team can find somebody even younger?

If Baker doesn’t make a comeback or if it’s not Francona, Bochy might be the last manager to reach the 2,000-win milestone at least for another 20 years or so. Regardless of who else makes it, Bochy has still joined an elite group of managers, and no one can take that away.

The 9 dumbest mistakes from a surprisingly good QB Week 3, ranked