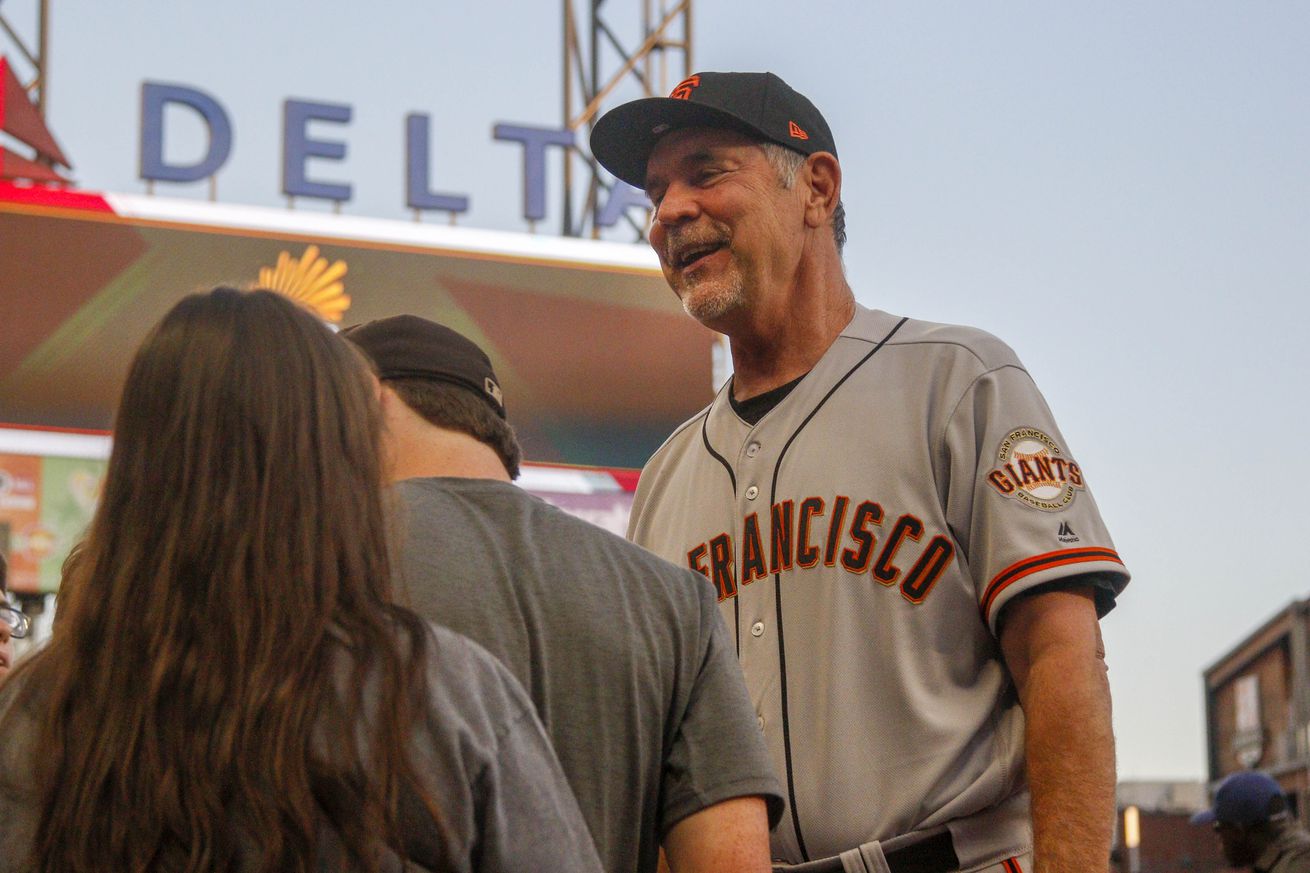 We’ve been counting down the days until Bruce Bochy’s retirement while we stock up on tissues, but is it possible Sunday’s game might not be his last, just his last with the Giants?

According to Andrew Baggarly of The Athletic, it’s a possibility. With the firing of Padres manager Andy Green, the position is open and on the surface, Bochy seems like a prime candidate to resume his role with the organization, due to his history with the club and the proximity to his home. Baggarly also proposes other teams that might have openings soon that Bochy would be a good candidate for.

He speaks with many players in the piece, but here was Brandon Crawford’s take:

“That game proves he’s definitely not letting up,” said shortstop Brandon Crawford, who ranks second to Buster Posey in games played with Bochy on the rail. “Not only did he make 12 pitching changes, but he made four in one inning. If there’s a bad call on one of our hitters, he still gets as fired up as he ever has.”

Does Crawford believe that Bochy is truly finished as a major-league manager?

Personally, I find it a bit odd to announce your retirement, go along with a season-long farewell tour, only to take it all back. But I wouldn’t look askance at Bochy for changing his mind. Baseball is all he’s really known in terms of a career and he might decide he’s not ready hang it up yet.

As we’ve seen with players like Matt Cain vs. Tim Lincecum, even among those who have reached the highest pinnacles of success, some people feel like they’ve given all they have and others aren’t ready to walk away and each is valid. It’s often said that athletes strive to leave it all on the field, lest they be haunted by the “could have” game the rest of their lives.

After further review: The Cowboys new guys made quite an impact against the Dolphins