Five winners, five losers, and everything in between from the Cowboys win against the Miami Dolphins 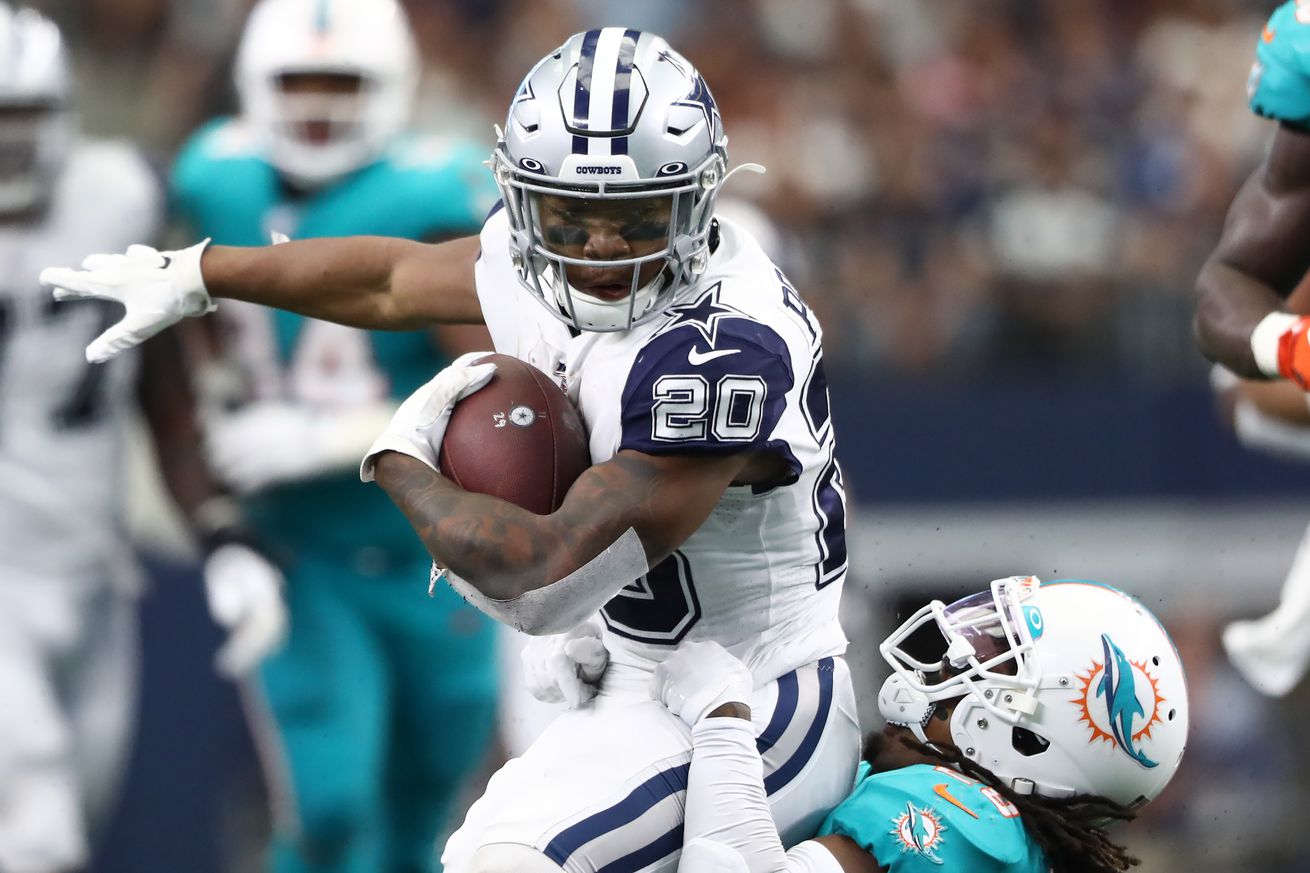 There were winners and there were losers in the Cowboys and Dolphins game.

Going undefeated in your season’s first three games is nothing to dismiss. Dallas has a lot of work left to do but they’ve put themselves in a great position as we wrap up September. A big part of this was their latest win over the Miami Dolphins. What did we learn from it?

Sunday’s game started off a bit bumpy but ultimately settled. Who were the winners? The losers? The everything else? I’m so glad you asked.

There are a lot of choices as for our headliner, but the Cowboys rookie seems like a good choice. Pollard topped 100 yards and got into the endzone for the first time as a professional athlete, those are big-time accomplishments.

This game felt like one that Kellen Moore would have the opportunity to get Pollard more involved in given the quality of the team’s opponent. That ultimately did end up being the case, but that’s a very good thing. The more Dallas can afford to rest Ezekiel Elliott the better the overall system will be. Speaking of!

Elliott had another 100-yard day which is business as usual for him. The identity of the Cowboys offense racked up a bunch of yards at the end of the first half, but overall he helped establish the tone and help the Cowboy find their groove when things were out of sorts.

Dallas is obviously throwing the ball more than ever before but they still have an elite run game. While Tony Pollard is great when Zeke is operating at a Zeke level it’s hard to stop the whole machine.

Winner: The run game as a whole

Dak Prescott did a lot of running last week, but Sunday belonged to the actual running backs. The Cowboys had two runners go over 100 yards on the ground for the first time since 1998. 1998!

What’s more is that the Cowboys still managed to have almost 500 yards of total offense yet again. They’re being extremely efficient with when and how they run, racking up tons and tons of yards as things start to move along. They’ve finally achieved ultimate balance and it’s a beautiful thing to watch.

Jason Witten returned to the Cowboys this season and we saw him catch touchdowns in the first two games. He didn’t get on the board against Miami, but he did float out in space and make himself incredibly useful. Watch.

These are the types of things that Witten is still, dare I say, elite at. He’s at the very least very good. Witten knows how to find pockets in the defense and get himself open to bail his quarterback out of a play that isn’t totally materializing. He did it to perfection against the Dolphins.

Amari Cooper has caught a touchdown in every game this season. That seems like a very cool statistic.

THANK YOU SO MUCH FOREVER @Raiders (via @NFLonFOX) pic.twitter.com/uQ24mpewR9

With no Michael Gallup in the lineup the Cowboys had to depend even more on their superstar at wideout. Cooper delivered time and time again as he always has.

The Dallas Cowboys are 10-2 in regular season games since trading for him. Insane.

If we’re being honest with ourselves, when has Smith been particularly good this season? I’m not saying he’s bad, but it’s hardly been swipe-worthy.

At one point against the Dolphins running back Kenyan Drake shook Smith in pretty embarrassing fashion. It’s still early on and Smith is still a player with a lot of talent so there’s not exactly reason to panic, but he has to be better.

DeVante Parker should have had a touchdown but Chido knocked the ball out of his hands... after Chido had been burned by him.

Byron Jones has come back from injury and really looked like his normal self, but we haven’t seen another step from the cornerback opposite of him. Getting beat by someone like DeVante Parker so often is troubling considering next week Dallas will face a receiver like Michael Thomas. As in literally Michael Thomas.

Jarwin had a big-time drop early on in this game, so did Amari Cooper for what it’s worth, and never really got into a rhythm offensively. A lot of people are expecting big things from Jarwin but Jason Witten managed to sort of steal the show, with only a few splash plays for Jarwin.

At the end of the day you have to come down with passes that go your way when you’re wide open, and Blake Jarwin didn’t. Hopefully he gets better.

This feels harsh considering his miss was a 55-yard attempt, but a miss is a miss (plus I’m lumping a lot of people together in our final loser). There were a lot of people worried about Maher entering the season and while he hasn’t exactly been bad by any means this is the first drop of blood in the water.

Is there more to come? Was it just an outlier due to the kick being so far away? We simply don’t know.

It feels strange to put the group here together considering they only surrendered six points, but it honestly should have been at least twice that. Miami had two opportunities where they could have scored more that didn’t fully materialize, but to the Cowboys credit they made halftime adjustments.

We haven’t seen this defense really be that good at any point this season, though. By points allowed they’re pretty dang good, but they’re not the Hot Boyz that they love to go as. This is a group that was supposed to take the next step in 2019 and while it hasn’t been to a significant degree the only direction they’ve moved this season has been backwards.